Getting here was free of hassle. Stepping onto the plane, which wasn’t full, I showed two stewardesses my pass and behind me my mother said,

Soon B. came down to us and said we could move forward into an empty row. The taxi was cheap to the centre and I found the narrow street with the hotel (Albergo delle Drapperie) handily enough on foot. Out on my own come midnight, I wandered around photographing Bologna at night. I also discovered the Mercato di Mezzo around the corner is open on Sundays. There was a lot of Carabinieri out but they weren’t busy. One carload of the Polizia Municipale turned up too, shooting the breeze on Via Rizzoli. 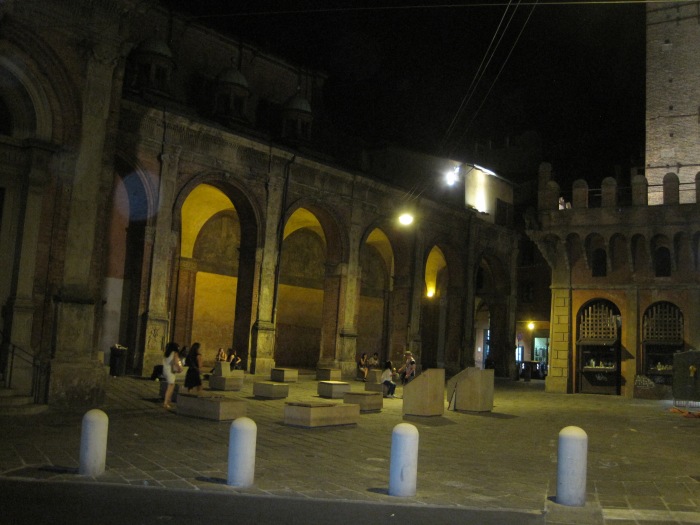 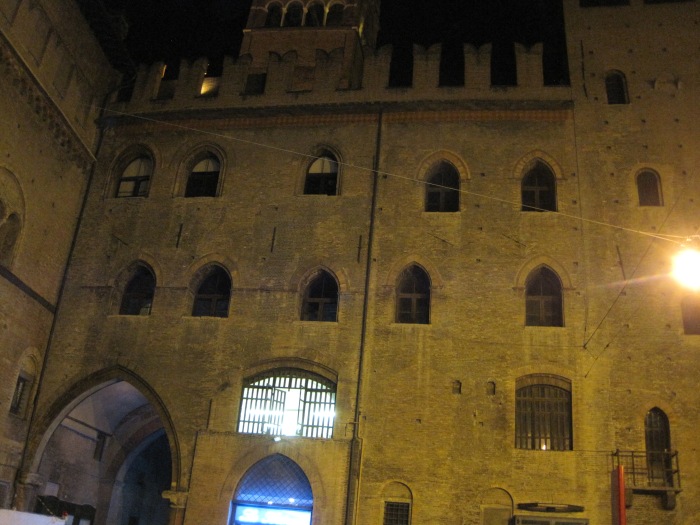 One thought on “Bologna”